Paintings by the renowned Scottish artist, Jock McFadyen, are to go on display at The Lowry in Salford.

Jock McFadyen Goes to The Lowry: A Retrospective will run from Sat 16 October 2021 until Sun 27 February 2022 and is the first major exhibition since the arts centre re-opened following lockdown.

Bringing together a range of works spanning 45 years, the exhibition highlights McFadyen’s passion for painting the overlooked margins of the modern city and its inhabitants as well as huge panoramic views of the natural world. The artist’s obsession however is always with the qualities of the painted surface, as is the case with LS Lowry. 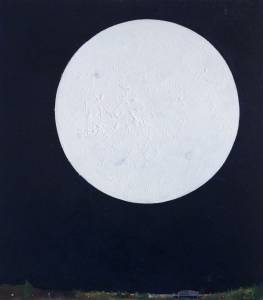 In homage, McFadyen has also placed a number of works from The Lowry Collection next to his own pictures, prompting surprising visual connections and placing Lowry alongside contemporary urban landscapes.

Julia Fawcett OBE, chief executive of The Lowry, said: “LS Lowry always made it very clear to anyone that asked that he painted what he saw – and he hated sentiment. McFadyen knows Lowry’s work intimately, and like Lowry, he has been fascinated by the people and streets often ignored by other artists. His work also captures the emotional force of monumentally empty landscapes – which makes this show a powerful experience.”

Jock McFadyen said: “I paint places and people – as did Lowry. To have the opportunity to exhibit my pictures alongside his in a gallery dedicated to his work is the thrill of my career.”

The Lowry’s galleries are open: Tuesday-Friday (11am-5pm) and Saturday-Sunday (10am-5pm). Admittance is free, donations are welcome.

McFadyen was born in Paisley in 1950 and moved to England aged 15 in 1966. His work is held in 40 public museum collections including Tate Gallery, The National Gallery, The V&A and The British Museum.

He was elected to The Royal Academy in 2012 and in 2019 he was chief curator of that year’s Summer Exhibition. McFadyen lives and works in London, Edinburgh and France.

The Lowry galleries are named The Andrew and Zoe Law Galleries in recognition of the couple’s £1m donation to the arts centre, which is a registered charity.