Author and Women’s Equality Party co-founder Catherine Mayer is at the end of her tether.

A better, brighter, more equal future shimmers on the horizon, yet we seem to be hurtling in the opposite direction. Deranged presidents and dangerous populists aren’t the only culprits. As progressive movements do battle with each other and among themselves, Mayer draws on her front-line experiences of journalism and politics to explain how debates became so damagingly polarised.

Is identity politics to blame? What makes us mistrust everyone but fall for fake news? Why do TED Talks bring Mayer out in hives? And does pee-proof underwear really threaten democracy? Mayer says yes.

For one night only, Catherine will be joined on stage by broadcaster & feminist Ayesha Hazarika, MBE.

Special adviser to Gordon Brown, Harriet Harman and Ed Miliband from 2007 to 2015, Ayesha is an award-winning stand-up comedian and sought-after political commentator. Her latest show ‘Girl on Girl – the Fight for Feminism’ is now touring Nationally.

A funny, free-wheeling show about soundbite culture in a messy world. Don’t miss this evening of refreshing conversation with Catherine Mayer: For Future’s Sake! 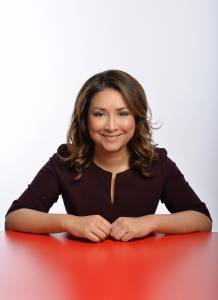